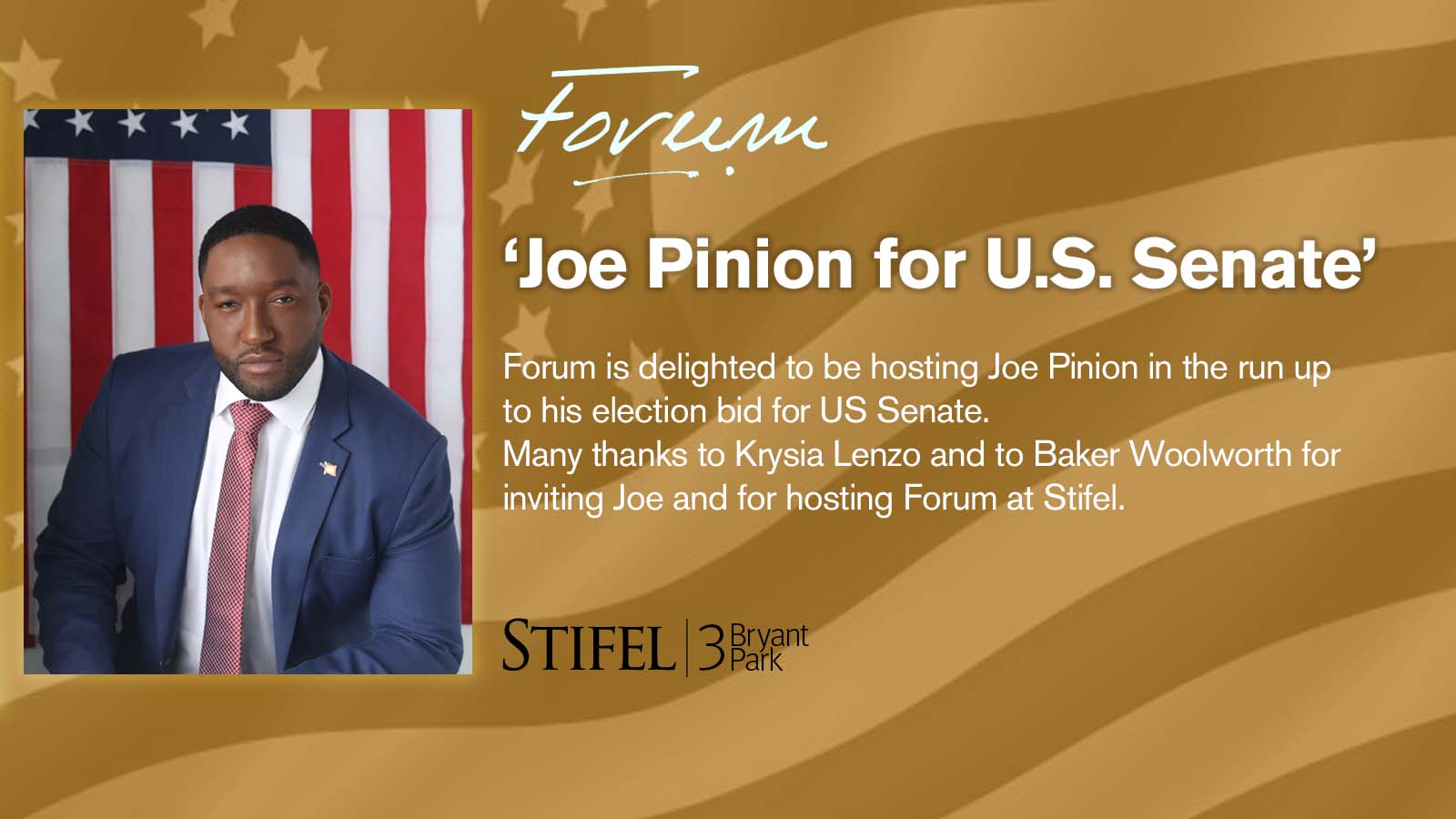 Forum is delighted to be hosting Joe Pinion in the run up to his election bid for US Senate. Many thanks to Krysia Lenzo and to Baker Woolworth for inviting Joe and for hosting Forum at Stifel.

Joe Pinion is an advocate, entrepreneur, and Political News Commentator. Throughout his life, Joe has witnessed both the power of opportunity and the pernicious impact of government driven neglect. From the faces within his own family to the stories he has helped explore from behind a News Desk, Joe personally understands the realities confronting the everyday people that call New York home.

Joe, born and raised in Yonkers, NY by his mother and grandmother, graduated from Horace Mann High School. A Standout Student-Athlete, he was recruited to play football at Colgate University, where he was a 2 year Varsity Letter winner and a Member of the 2003 team that finished 15-1 and played in the I-AA National Championship.

As a Political News Commentator, Joe has appeared regularly on prominent news networks and talk shows and was most recently the host of his own show “Saturday Agenda” on Newsmax.

As a business professional, Joe has a wealth of experience in the private sector and non-profit space with nearly two decades of expertise in healthcare, media, and renewable energy.

At every stage of his professional life, Joe has effectively leveraged his talents to try and give a voice to the voiceless and to bring attention to issues that often fall through the cracks.

As director of youth development at the Morris Height Health Center located in the nation’s poorest congressional district in the Bronx, Joe helped integrate health services with community engagement to spearhead a bridge grant program designed to provide gap funding for children within the community to improve college accessibility.

As a national spokesman for RePublicEN and a fellow of the non-partisan group DeployUS, Joe has been a champion for real, non-governmental clean energy solutions.