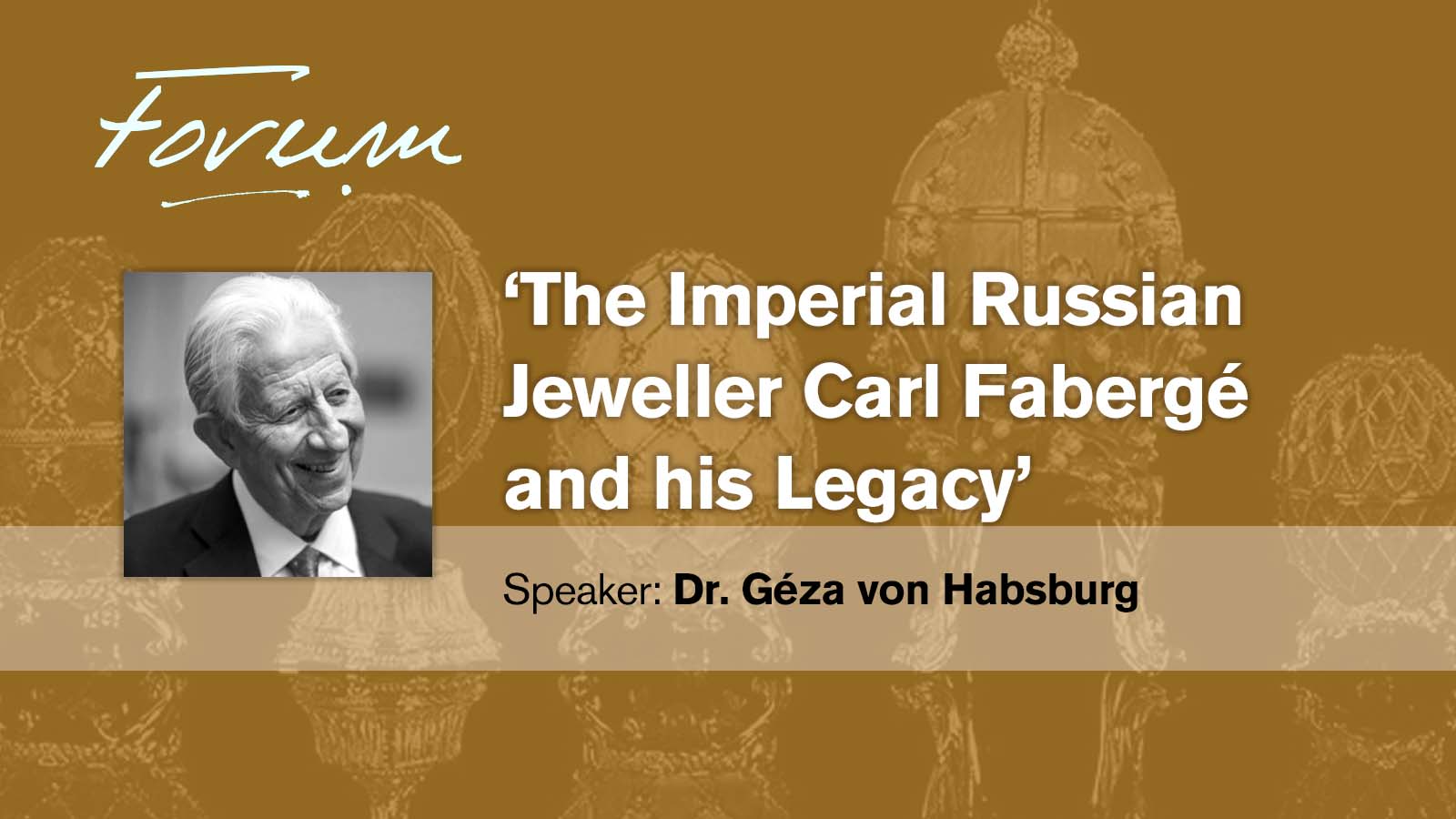 ‘The Imperial Russian Jeweller Carl Fabergé and his Legacy’

Dr Géza von Habsburg is an internationally renowned expert on Fabergé and has curated and published extensively on this subject.  With a Ph.D. in Art History from the University of Fribourg, he has more than 40 years of experience in Russian art, Old Master Paintings, European Porcelain, Silver and Gold, and Objects of Vertu. Géza has published 14 books, curated six major exhibitions attracting more than two million visitors, acts as an expert at international art fairs (including TEFAF in Maastricht), and lectures worldwide at museums and universities.

Fluent in seven languages, Géza spent his early career in Europe as Chairman of Christie’s Europe and as Chairman of Habsburg Fine Art International Auctioneers. He was the Visiting Professor at Okayama University in Japan, and acts as guest curator of the Virginia Museum of Fine Arts, where he organized the exhibition “Fabergé Revealed” (2011), the catalogue of which presents the museum’s impressive Fabergé collection in its entirety for the first time.

Dr von Habsburg is also the great great grandson of Emperor Franz Joseph of Austria, the grandson of King Fredrick Augustus II of Saxony, and has been featured in various documentaries about his family’s history.